Aim: To create little nudges from the associations obtained in the previous exercises through a playful mode.

Activity: The students can make little ‘mascots’ or ‘emoticons’; characters that they derive from their association with water. (Insights from the previous exercise might feed into it). They can use scrap material, clay, play dough, cut up pieces of paper, found objects, beads and buttons, M-seal etc. to create their mascot. After they have made their mascot, they can tie it up to their personal ‘squirter’ a device made from a plastic bottle that squirts out enough water to wash ones hands or water a plant. Soap strips or a small piece of soap could also be tied to this. They can carry this around with them during school hours or lunch hours to constantly remind them about this association they have. This might also be useful for them to wash their hands with soap near the plants when they go to their open loos or wash their plate etc. with minimal amount of water. If it is a small bottle, only the amount you squeeze comes out. This can later be refilled and used again.

Inference: Through this exercise, I hope the students are able to visualize their association and turn them into a ‘nudge’ that reminds them subtly at all times that they should be doing a particular thing; whether is washing their hand or throwing garbage into the bin or pouring enough water after they use the washroom (one topic that each student chooses).

> Since they already knew their associations, they would find it easy to paint it onto their bottles.

> They would have a problem working with new material- like cutters and acrylic paints. 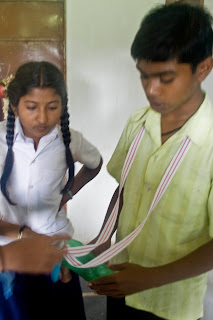 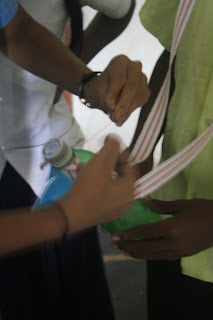 This exercise changed drastically as I could not source enough and a variety of materials for them to make their mascots. I guess that was a constraint I had, since I had to carry all the material and travel by 4 buses to get there! Instead, I decided that they would make their squirter but would paint their associations on it instead of making a mascot that represented something. This device is something that these children can carry with them, anywhere they go, specifically to the open loos that they use. It makes hand-washing and easier and fun task for them to follow. The first day, I showed them what I had made, and a few of them who had bottles made their own. The next day, I told all of them to bring bottles that were thrown away at home to make their devices. I was really surprised when Soumya got this bottle to class to ask me if it was ok to use it. She had clearly understood what was needed and didn’t want to be messy with the hole. This bottle also had a cap to prevent leakage. I was really impressed. 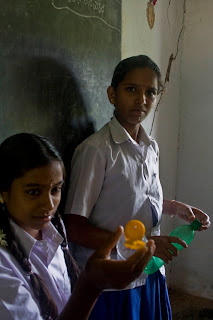 They loved the soap strips most of all. The novelty of this itself might make them wash their hands for a week, but sadly they do not have access to paper soap in the village. Instead, I told them to cut up a piece of soap and tie it to their bottle, once the strips were over. 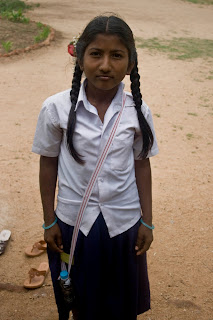 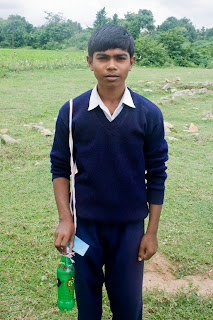 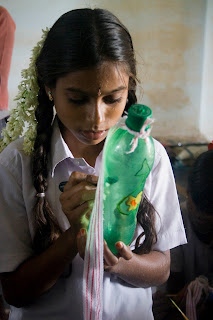 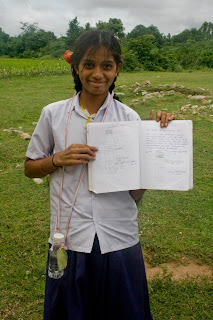 They quickly pierced their holes, tied up their threads and sat down to paint. This now, was a disaster. They just wanted to be done with it and get the soap, so that they could go and use it. However much I tried telling them to paint their links with water, most of them drew flowers and some even copied from the others! They were at peace only once they attached that soap. Chowdamma and Sushma wanted to show me how theirs worked! They even helped each other and worked together so that they could wash both their hands properly. Here is a video of that. 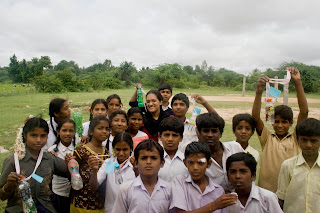 Posted by Aajwanthi at 1:53 AM