Yesterday was my long awaited site visit day and I left Bangalore at 5.45 am to reach Tumkur by 8 am. I was lost, but the scenic beauty kept me walking aimlessly till I found the office I needed to go to. The weather was just perfect and it already seemed like a good start. From there, I was taken to Pavagada taluk by car by the project coordinator from BIRD-K. It is practically inaccessible by road otherwise and the buses, I was told, would take too long. On both sides were lush green patches and hills and occasional ponds that made it picture perfect. 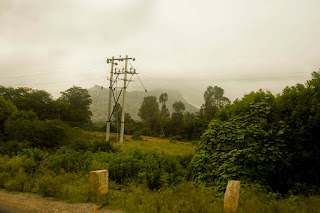 We reached mid-day and I visited three schools in C.K Pura, a small village part of the Pavagada taluk, a taluk which comprises of more than 300 such villages. 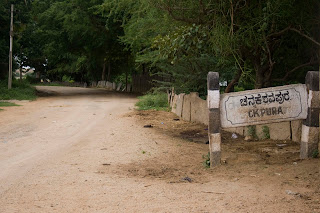 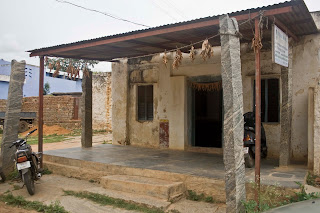 Frankly I was amazed at the quality and maintenance of these Government schools. One would imagine that schools in such villages might not be attended to as much, but the campuses are inviting, exciting and there is a lot of scope for children to learn and play, only the exposure and awareness in missing. The first school I visited was

This is a government school with 295 students and 9 staff members. It has 12 rooms and classes from standard 1 to 7. This school is a chosen spot for the building of a rainwater harvesting tank and the teachers are excited about this prospect. (i.e. there is willingness to help maintain school property so that the children can get clean water). The government provides them with rice and some vegetables and this is used to cook mid-day meals for the children (rice and sambar). 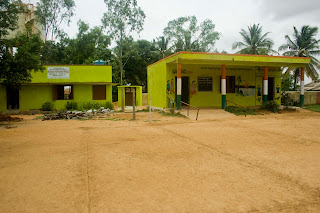 Building and courtyard of Magalavada HPS 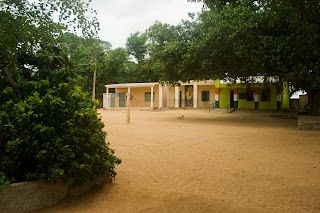 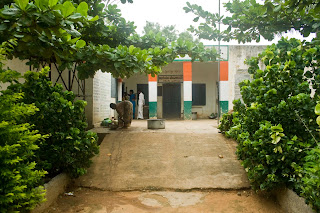 Kitchen where the mid-day meals are cooked

They are aware of the high fluoride levels in their water, but do not know what it is exactly and what to do about it. The current source of water is a bore well from which water is pumped up and used from taps and hand pumps. There is just enough water to cook and clean that the children carry bottles of water from home, to drink during their school hours. Even though medical check-ups are mandatory once a year, it is hardly ever conducted. A few people come, take a look at 5-10 children at one go and go back. Due to this, they are not even aware of which child might be affected by what disease or condition. A few of them are anaemic and the doctors have provided them with pills that the school makes sure they have every day. They say that this is what the government provides them with and they can’t afford anything else; not even tamarind and groundnuts, food items that help with the fluoride levels. There was an Aquaguard that the government had provided the school with, but the teachers did not know what to do with it and how to work it. So it lies in the office connected to nothing. They store water in plastic pots with lids for drinking. 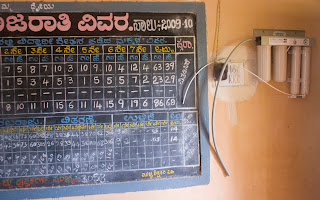 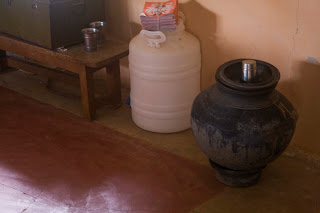 Storage of water for drinking in closed plastic containers

In this school, the teachers were even aware of how many kids had anaemia. They mentioned that medical check-ups were mandatory twice a year, but it never really happens that way. The doctors come once in a few months, to check a few of the kids and the school is provided with vitamins for children with deficiencies and anaemia. They teachers make sure the children eat these tablets.

The second one was C.K. Pura HPS, a sweet little campus with small hut like structures for classes. There are students from grade 1 to 7 in this school as well. It has a very well maintained garden and play area but the sanitation conditions are abysmal. The soak pits are clogged and hence the toilets cannot be used and the children go out near the big natural tank behind the school to relieve themselves and they wash up there before coming back to school. This is a problem for the girl children. Students here also bring a bottle of water with them from home, to drink due to unavailability of enough drinking water in the school campus. Many of these students are affected by dental fluorosis and they are not aware of what it is and how they got it. When asked, one student asked if it was because she didn’t brush right. 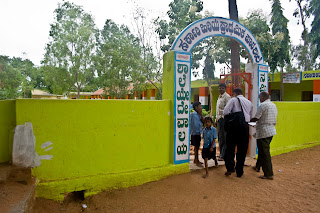 Entrance to the school 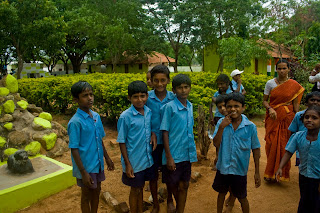 Garden/play area in the school 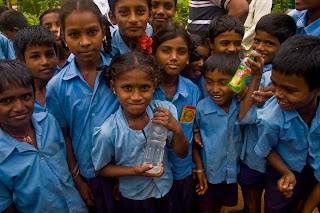 Children carry bottles of water to drink, from their houses

The last school I went to was Rastrapragathi High School. This is just one building with 3 rooms and a big play field. This is an amazing set-up because it started off as an initiative to encourage girl children to attend school. It was initially only for girls, but now, slowly it has expanded to accommodate a few boys too. This is a government supported private school. The government provides these children with cycles to go from their house to school everyday. This is also a great way of encouraging them to attend school. Only question though, is why only this one? It also provides them with uniforms. Since it began as a girls school, there is a small useable toilet at the side of the school as well. There is one large tank where children drink water from and also wash their plates after mid-day meals. Here, the children were more aware of the water conditions. When asked the same question about dental fluorosis, they replied saying that they knew it is because of bad water. They also wanted to know what they could do to make it go away. 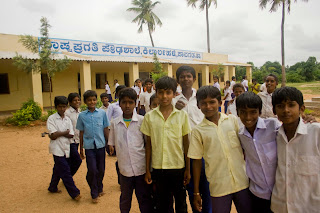 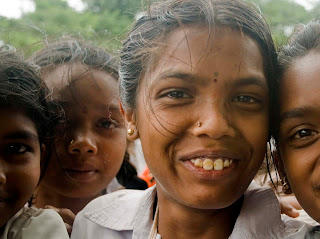 Children affected by dental fluorosis. It is a common sight in these schools

Posted by Aajwanthi at 9:38 PM

Email ThisBlogThis!Share to TwitterShare to FacebookShare to Pinterest
Labels: Research